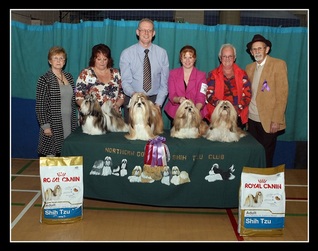 
Miracey Rough Rider (Darcy) won his first CC and was awarded Best in Show. The Reserve Dog CC (his first) was awarded to Miracey Hotter Than Hell at Meilijo, owned by Mr Josh Summers.


Miracey Fruity Kisses was awarded the Reserve Bitch CC and, our new import Popeye's Annabelle at Miracey was awarded Best Puppy in Show.


A huge thank you must go to the judges Mr & Mrs Williams for thinking so highly of our dogs.